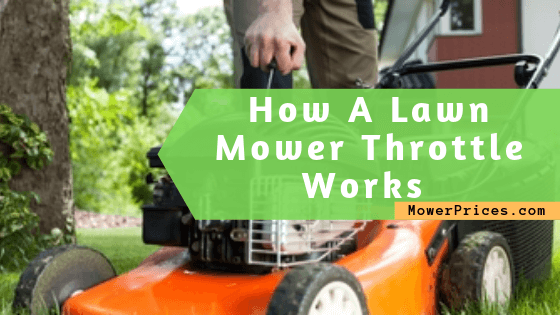 What is a Throttle?

A throttle is what regulates the amount of air that gets into your air-fuel mix to determine the speed of your mower.

This means it does not really change the speed of your mower, rather the airflow that eventually determined how fast your engine runs.

While most people are used to running it partially, it benefits your mower to run at full throttle.

A throttle is located in a carburetor’s intake butterfly valve. Most of the modern ones have automatic throttles, though.

A carburetor is what delivers the mixture of gasoline and air to the combustion engine to it regulates the speed at which it moves.

Take the boredom out of lawn mowing with these riding mowers

This amount is usually determined by the task at hand, for example when working on a grassy hilly terrain, or on wet grass, the valve will automatically increase the engine’s output.

Why Run your Mower at Full Throttle?

There are several benefits associated with this.

1. The Engine is Stressed Less

Three things cause the engine some serious stress; an undercharged battery, poor vibrations/shakes, and fuel use.

Your mower’s engine is designed to run at full throttle and so running it partially can cause it to consume more fuel because it will lug.

When this happens, the cylinders are likely to be drained of lubricating oil, which then shortens the life of cylinders and pistons and consumes more fuel. 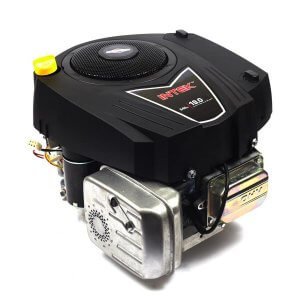 There is also likely to be a change in vibrations as an engine vibrates differently when running as full throttle. At half throttle, it shakes differently, in the process causing equipment failure.

Having problems starting your mower? It could be a string problem.

Running at full throttle is good for your battery too. Some batteries do not start to recharge until they have reached a certain RPM, and so you want to ensure you are helping yours revolve as many times as possible.

The battery is drained on ignition, and so the faster it can run, the sooner it recharges.

When more air is pushed into the engine, it regulates its temperature, which is necessary to prevent overheating. Hydro-static transmissions usually produce heat when in use, and so they need a fan to keep them cool.

An engine running at full throttle ensures enough airflow to keep everything at the perfect temperature.

Why a Lawn Mower Throttle may stick in One Position

The throttle, choke lever, throttle arm or throttle linkage may fail to work at some point, and it is important to fix them as soon as possible to have your mower up and running in time for the mowing season.

You can only fix something when you know what is wrong, and so these are the common culprits when it comes to the throttle.

1. Exposure to the Elements

Poor weather conditions – too cold, too much heat, and moisture – are enemies of a mower and its components, and they will always get to it if storage is poor.

If any of the parts is rusty due to exposure, you want to restore them before resuming usage. 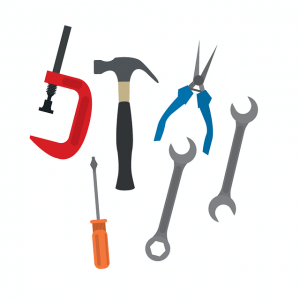 As a lawn mower ages, the throttle casing may lose its tightness, exposing the throttle to loss of moisture and lubrication.

You can prevent this from happening with a spray-on lubricant that keeps the components well-moisturized each season.

3. Dirt Around the Throttle Area

If you leave your mower unattended off-season, dirt could accumulate around the throttle to expose the insides adversely when it is opened. You want to clean this area first before opening the throttle casing to prevent any of the dirt from making its way inside.

Curious to know how your mower throttle works?

A lawn mower’s throttle is an important part of it, and you want to check it regularly, even off season, to ensure it is in perfect condition. 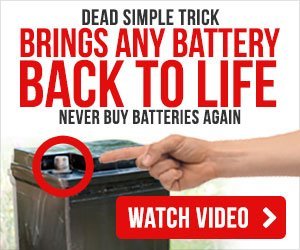 How To kill crabgrass, clover, dandelions and 40 other common household weeds with Tenacity herbicide

Disclaimer: MowerPrices.com is a participant in the Amazon Services LLC Associates Program, an affiliate advertising program designed to provide a means for sites to earn advertising fees by advertising and linking to Amazon.com. Additionally, MowerPrices.com participates in various other affiliate programs, and we sometimes get a commission through purchases made through our links.